JK Rawlings once said “We are only as strong as we are united and as weak as we are divided”. This article however is neither about JK Rawlings, Harry Potter or white people, in fact This article is about an African purporting to exposing a certain side of black disunity and his reflections as a person who once sowed the seeds of this very disunity, a African who was once convinced that he formed some kind of authority that was bestowed with the right to decide which amongst the black and brown people outside of Africa (the diaspora) reserved the right to be considered “authentically Africans”?

My convictions should not be mistaken as a generalisation of African character but it is surprising how plentiful the Africans are who continue to maintain the view that certain black or brown people who are not necessarily born in Africa have no legitimate right to call themselves Africans. I vividly recall the days i used to sit down with comrades, friends or family members and go on to bicker about How Dare’ those black Americans just lay claim to the African title like that and how dare they just pull on our traditional African attires and assume that grants them African passage. The matter of African authenticity being measured against some strict scale by us as Africans in Africa is nothing but the consequent manifestation of pushy attitudes that have developed out of class dynamics and constant cultural alienation between Africans and its Diaspora.

To understand why this authenticity test exists it is imperative to look at historical relations amongst Africans back then versus the prevailing relations amongst Africans in the 21st century. In truth these “black on black” attitudes are not entirely a new thing but however they have managed to thrive rather than subside amongst our African communities, even against the flow of moral and intellectual evolution. If we evaluate the global relations among the black communities pre-dating from the 90s you begin to realize that black people had a greater sense of unity back then than they do currently, this obvious detachment is facilitated by a significant disengagement from each other’s political struggles, yes POLITICAL STRUGGLES. I have been an activist long enough to understand that any cause which finds itself alienated from broader solidarity (international solidarity included) makes one feel a severe sense of neglect and hopelessness which ultimately is dooms that cause. As Africans it would be absurd to ignore the fact that our struggle for liberation has formed such an integral part of our very existence that if you ignore there struggles then you are basically ignoring a vital component of Africa.

Human relations and Solidarity as a component of justice have inevitably succumbed to numerous changes. Once upon a time we had a Diaspora that was so unapologetically resolute against oppressed Africans and more so militantly invested in the African cause, but now our justice campaigns are so deprived of solidarity that our ears are ringing with the statement going “black man, you are on your own”. Not too long ago Africans enjoyed the most romantic solidarity from the ever radical Black Panthers (USA), not so long ago the militant persistence of our fellow Afropeans, helped set up some European against our oppressive regimes in the form of sanctions and who would forget the presence of Afro Latino guerrillas within the liberation movements of Africa.

The 21st century appears to be a step back for black unity and it is rather unsurprising considering how relentless imperialism is when it comes to entrenching an immense amount of economic bullying across the global territories (which trickles down to ethnic and national contradictions) and more so there is the existence of toxic class attitudes between black and brown people which have been facilitated by capitalisms consistent exaggeration of social inequality, these are factors which have black people to being less invested amongst each other’s realities… such a tragedy! In truth there is literally nothing more disheartening than receiving the same dosages of attention from the African diaspora as we do from the white (traditionally disinterested) community, one would expect the African diaspora to apply a significantly more intensified approach to the African question yet a lot of our so called black Americans and in particular the Hollywood celebrities who come to the motherland often parade this deafening ignorance on our political climate that is hard to swallow. We expect that shit from white people not a people whose forefathers constituted part of the broader African family. The last thing we needed was a diaspora that deduces Africans to a bunch of merely hungry, sickly and less civilized people whose most noticeable achievements manifest around catchy attires and traditions that amuse the rest of the world.

Subsequently Africans also owe the diaspora a significant amount of solidarity because logically speaking this relationship I speak of and miss is not going to be built by the devotion of only towards the other but by the devotion of all towards one another, it goes both ways FAM. The prevalent relations we have amongst one another as Africans and our diaspora cannot be reduced to this thick coat of envy we dress in, the love that ought to define us cannot be reduced to this obvious envy to just borrow and certain traits of each other’s culture while conveniently ignoring the pertinent threats and dangers standing opposed to the very existence of our cultural group. The black and brown population of the world aught to go back to the principle of aligned/merged struggles and intensified solidarity, if not for our sake then at least for the sake of our ancestors like Marcus Messiah Garvey, Dr Nkwame Nkrumah, Malcom X, Amilcar Cabral e.t.c who understood that black unity can only be achieved by the unity and strength of our black liberation movements beyond the borders and boundaries.

Are you new to blogging, and do you want step-by-step guidance on how to publish and grow your blog? Learn more about our new Blogging for Beginners course and get 50% off through December 10th.

WordPress.com is excited to announce our newest offering: a course just for beginning bloggers where you’ll learn everything you need to know about blogging from the most trusted experts in the industry. We have helped millions of blogs get up and running, we know what works, and we want you to to know everything we know. This course provides all the fundamental skills and inspiration you need to get your blog started, an interactive community forum, and content updated annually.

It just creates an illusion to what women actually demand and deserve.

Hi my name is Charcoal and I’m a 28yr old male trying to recover from the tradition of discriminating women.

So I allowed myself to let feminist narratives reconstruct my male entrenched perceptions of what a “just” man entails. Some say “But Charcoal men don’t need feminism to unlearn the sins of patriachy” upon which I argue that as direct consumers and benericiaries of patriachy we have eventually internalized male culture too much to differentiate what’s “just” from what’s “unjust” we especially need the doctrine of the person most targeted through patriachy to rid us of this cancer…. FEMENISM IS THE FUTURE! 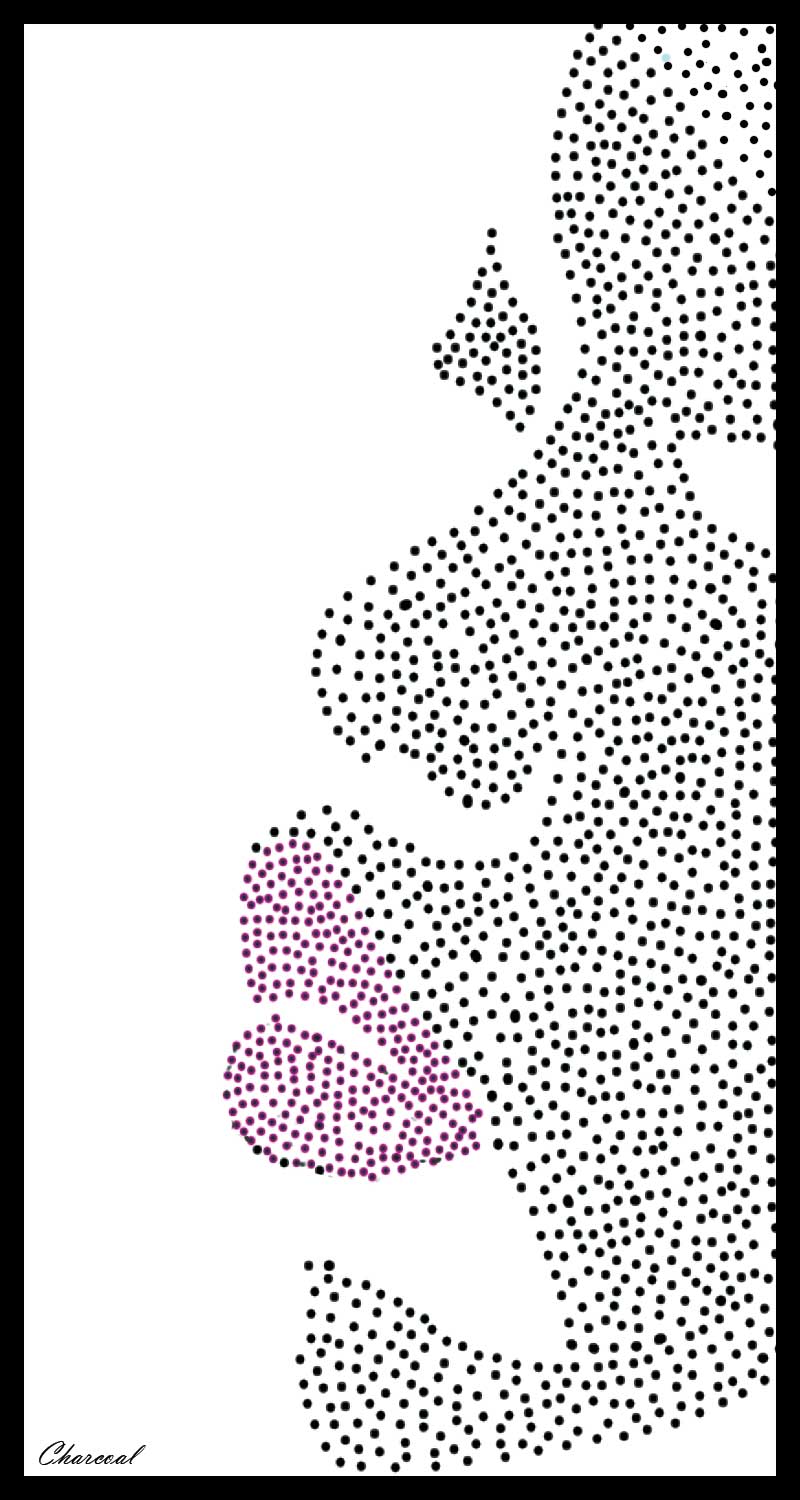 21 years ago today 2pac Amaru Shakur died after spending 6days in hospital bed from gun shot wounds…
2pac is without a doubt hailed as one of the greatest rappers of all time and some have even gone further to speculated that if 2pac were still alive politics and or music (rap) would not be the same, I personally think this is overrating him but I’m not outche (as the kids say) trying to discuss that part.

To me 2Pac appears as the perfect representation of a man caught inbetween misogyny and feminism* and there is more than enough evidence in his music to corroborate my “bold” statement. You see firstly 2Pac was born into a family filled with staunch activists, the most noticeable of whom which were Afeni Shakur (his mother) and Assata Shakur (his aunt). Afeni and Assata were devoted members of the Black Panther Party a revolutionary party from the USA that pivoted black power, socialism and later femenism.

The women who raised PAC were undoubtedly revolutionary and meanwhile on the opposite spectrum the society in which PAC grew up in was fundamentally patriarchal mixed with gangster or thug culture. I do not know if I should call Pac’s predicament as unfortunate or not but 2Pac fell deep into the grip of gangsta rap. Gangsta Rap in essence is essentially charachtarized by personification of the Thug Life and masculine gazes to issues (women) so Pac’s music is marred with crude misogyny and objectification of women “which is quite unfortunate” , on the other hand 2pac would resonate with feminist influences and reflect on women’s experiences evident In His songs like *Keep Ya Head Up* or *Brenda’s got a baby* or *Never call you bitch again* we hear Pac highlighting subjects like the economic exploitation of women, slut shamming and rape e.t.c
The society we live in is patriarchal and Men are largely raised to be misogynists and sexists, so our duty as men against gender discrimination is to 1:acknowledge and 2:unlearn the the violence we are conditioned to exert. In conclusion i am actually a huge fan of Pac (not necessarily my favourite rapper) but I will never excuse Pac for his perpetuation of masculine violence.

This is a text widget. The Text Widget allows you to add text or HTML to your sidebar. You can use a text widget to display text, links, images, HTML, or a combination of these. Edit them in the Widget section of the Customizer.
Loading Comments...
Comment
×